On Monday evening, the finalists of this year’s apti award, among them, twingz, held their final pitch in front of the jury and the audience and thus competed for the title of the best PropTech Start-Up.

apti award 2020🏆
For the second time the Austrian PropTech Initiative (apti) was looking for the best real estate start-up – this year in the two categories Early Stage and Later Stage. Now the winners have been determined: Ampeers Energy in the category “Early Stage” and twingz in the category “Later Stage”!

twingz – winners in the category “Later Stage
All finalists had a total of 8 minutes each to present their innovative business concept, answer any questions they might have, and face the top-class jury. CEO Werner Weihs-Sedivy presented the twingz Machine Learning and Predictive Analytics Engine, which makes useful information from the data streams of various sensors and providers available to humans, and convinced the expert jury in the category “Later Stage”.

The two winners will receive an advertising budget from the media partners “Die Presse”, “immoflash.at” and “Immobilien Magazin”. In addition, they will receive one of the coveted places in the pitch box of the next “PropTech Vienna” worth 1200€. These and the other finalists (andys.cc, Realest8, metr, Nuki, PriceHubble, and R8tech) will also receive a one-year free membership in the Austrian PropTech Initiative. The audience was also allowed to vote for a winner again! The Start-Up Breeze Technologies wins in the public voting and also gets a place in the Pitch Box of PropTech Vienna. You can see all photos of the event here. 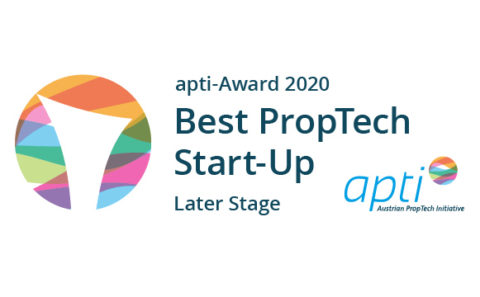